A waxing gibbous moon (78% illuminated) will pass within less than a degree to the south of Jupiter high in the evening sky. Your closed fist held out at arms length covers 10 degrees. These two wont get that close again until 2026.

The planet Mercury will be far enough away from the glare of the Sun to be visible in the Western sky after sunset. It will be at its brightest on the 16th and dim quickly afterwards. On the 8th it will skim by the much dimmer planet Mars by about 0.4 degrees.

First discovered in 2011, this comet should be coming back around for about 2 weeks. It will be visible low in the northwest sky after sunset. Here are some sources predicting what the comets may look like in the sky.

A very minor, partial lunar eclipse (not visible in North America) where only about 2 percent of the moon’s diameter will be inside the dark shadow of the Earth.

It will be visible in Northern Australia and parts of Papua New Guinea but mostly within the Pacific Ocean. See all the solar eclipse paths for 2001-2020 here.

Mercury, Venus and Jupiter will seemingly dance between each other in the twilight sky just after sunset as they will change their positions from one evening to the next. Venus will be the brightest of all, six times brighter than Jupiter.

It will be the biggest full moon because the moon will be the closest to the Earth at this time making it a ‘supermoon’ and the tides will be affected as well creating exceptionally high and low tides for the next few days.

One of the best and most reliable meteor showers of the year producing upwards of 90 meteors per hour provided the sky is dark. This year the moon won’t be in the way as much as it will set during the evening leaving the rest of the night dark. Here is a useful dark-sky finder tool.

9) October 18 — Penumbral Eclipse of the Moon

Visible mostly in Asia, Europe and Africa, at this time the 76% of the moon will be covered by the penumbral shadow of the Earth.

A Hybrid Eclipse meaning, along its path, the eclipse will turn from Annular to Total and in this case most of the path will appear to be Total as there will be a slight ring of sunlight visible near the beginning of the track. This one will begin in the Atlantic (near the East Coast of the U.S.) and travel through Africa. The greatest eclipse (with 100 seconds of totality) will appear in Liberia, near the West Coast of Africa.

The second comet this year, ISON, could potentially be visible in broad daylight as it reaches its closest point to the Sun. It will reach that point on November 28 and it is close enough to the Sun to be categorized as a ‘Sungrazer’. Afterwards it will travel towards Earth (passing by within 40 million miles) a month later.

12) All of December — Dazzling Venus

The brightest planet of them all will shine a few hours after sundown in the Southwestern sky and for about 1.5 hours approaching New Years Eve. Around December 5th, a crescent moon will pass above the planet and the next night Venus will be at its brightest and wont be again until 2021.

This is another great (if not the best) annual meteor shower. This year put on a show at about 120 meteors per hour and in 2013 it won’t be much different so expect another fantastic show. However, the moon - as it is a few days before full phase - will be in the way for most of the night obscuring some of the fainter meteors. You might have to stay up in the early morning hours (4am) to catch the all the meteors it has to offer. If anyone in Alaska knows how to use this set up or cares to learn is more than welcome to contact me .

Thank you AK.....I AM one who loves and works with this energy daily - so glad to have a guide to open to more awareness.

I have been researching about Ceres and Cygnus.....and recurring intuitions as with the first two and also about M44 the Beehive constellation in the constellation Cancer.

Ceres is the "asteroid" that is considered to be the energy of Mother Nature. So no wonder that SHE has been so ignored....even by most astrologers.

Interesting that Ceres rose on 12/22/12 in the constellation of Cancer with M44....the Bee Hive ....honoring the Queen Bee and working together Energy.

Ceres is planet to left....others are Moon and Earth ...to scale.

Given my research on Cygnus I know why I have had the nickname of Swan since I was a young girl. So much as been deleted about Cygnus but there is a great film on youtube called the Cygnus Mystery.... These Bee Hives have been found all over the world including in Thebes (Egypt) - they are called the Omphalos the navel of the Universe......the ancients tell us that all Souls pass through this portal when they are coming to incarnate on earth and pass out of it ......when they die. If you look at the Tarot card (Thoth) for the Emperor he has bees all over his regalia.....Emperor is the Heart....bees are a symbol of  Wisdom

and so much more. My intuition is nagging me and telling me there is much more....so like most of my work that is from this realm I am happy to receive this information.

If you have any thoughts or feelings please share.

Hi Rob....checked out your blog and it is great....left a reply there about my thoughts. I too am grateful to Santos B. I am so in love with the fact that I am a walking Universe of Light. This beehive energy connection is new to me though m44. But even the chinese calender says about compassion and people coming together and building a community everywhere. So it does look like it. Will let u know what i find!

But here is something you shouldnt miss on Feb 15th

Asteroid 2012 DA14's close encounter is also a record-breaking celestial event, Yeomans said. An object this large only passes this close to the Earth about once every 40 years, and likely only hits the planet once every 1,200 years How to spot asteroid Ceres

Astronomers measure the brightness of objects in space using a scale called "magnitude." On that scale, the lower the magnitude number of an object, the brighter it appears in the sky.

Because Ceres is only magnitude 7.2, you will need binoculars to spot it. Look low in the southern sky a little past midnight. The Om sign is Sanskrit for Swan and the title Paramahansa means Great Swan. India has kept the significance of the Swan alive and their history is full of references. We are in the time of the Snake and the Swan

Thanks for the above info and the video. I am thrilled at seeing the constellation map. I did not have this one...and to see so many all together is lovely.

Did you ever have your asteroid placement calculated for your astrological chart? They are as significant as any other planet especially Chiron, called the Wounded healer but the time of the Wounded healer is over....meaning time to heal this wound.  Eros is so underrated and is very important in resurrecting our Passion for LIFE...thus the Tree of Life.

As we are figuring out just as there is no junk DNA....everything has a purpose and if we also resurrect our curiosity....we invite in the Genius to stimulate ours. Ask and you shall receive is the key to discovery....the question why....always gets answered .....

This great Swan, i can see why u like cygnus so much ;)...Great significance of Om and tree of life and no i havent tried asteriod chart placements. Do you have any link where i might?

Yes these planets Eros and Chiron are important! 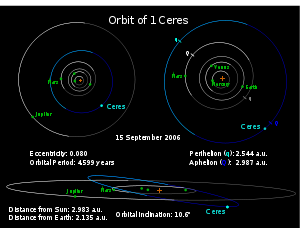 Thanks to you Cygnus got me very interesting!...I'll see what i can find!

Hi Adam...- I wrote a whole thing yesterday thanking you about the pictures and references for getting an asteroid astrology reading....but it is not here! I don't have time to duplicate but wanted you to know how much I love the Cygnus Constellation picture, etc.

Thanks for the additional info about the newest asteroid goings on!

Thats awesome Swan you wrote something on it!...Let us know in time and I love your Nebula rose work!

How to watch the Olympic swimming pool sized asteroid 2012 DA14 zipping past Earth, 27,700 km at its closest approach, less than a tenth of the distance between the Earth and moon.

Watch live as a record-breaking asteroid passes the Earth