A group to explore the aspects and practical application of Kabbalah

Kabbalah (Hebrew: קַבָּלָה‎, lit. "receiving") is a discipline and school of thought discussing the mystical aspect of Judaism. It is a set of esoteric teachings that is meant to explain the relationship between an infinite, eternal and essentially unknowable Creator with the finite and mortal universe of His creation. In solving this paradox, Kabbalah seeks to define the nature of the universe and the human being, the nature and purpose of existence, and various other ontological questions.

It also presents methods to aid understanding of these concepts and to thereby attain spiritual realization. Kabbalah originally developed entirely within the milieu of Jewish thought and constantly uses classical Jewish sources to explain, demonstrate, or prove its esoteric teachings. These teachings are thus held by kabbalists to define the inner meaning of both the Tanakh (Hebrew Bible) and traditional Rabbinic literature, as well as to explain the significance of Jewish religious observances.

QBLH 101: the magic square and sigils.

QBLH 101: the magic square and sigils.In maths class we learned early on about secret squares. My mother of course was a child genius and her field was maths. I grew up with magic squares all around…Continue

I am glad to be here. learning so much. I do have a question about the LBRP.I have been doing it every rising, same time. OMG, shyt is coming out the wood works. I had to address a lady using my…Continue

Quick summary of the 10 sephirot

Kingdom. The physical. The atomic structure. Earth. 10. Malkuth. Foundation. The astral. The realm of dreams and desires. Moon. 9. Yesod. Majesty. The conscious. The intellectual thinking mind.…Continue

APPENDIX C.THE LESSER PENTAGRAM BANISHING RITUAL.This ritual is performed as a banishment to clear the mind and the place of working from unwanted Earthly influences. Owing to the virtues of the…Continue

Man on kabbalistic levels of world

The main question I am trying to answer in this article is: What is a man according to Kabbalah? First, let us consider the man inside four-causes or aitia-set, where we ask: Who is a man? What is a…Continue

inner.org - the three heads of keter

Emunah is the spiritual state associated with the inner experience of the highest of the three heads of keter, the the unknowable head.  Emunah is the essential connection, that the simple faith that…Continue

The Heart of Kabbalah

The Book Of Raziel"Each day the angel Raziel makes proclamations on Mount Horeb, from heaven, of the secrets of men to all that dwell upon the earth, and his voice resounds throughout the world."-…Continue

An Introduction to the Study of the Kabalah

THE KABALAHIt must be confessed that…Continue

Hi everyone, thanks for being here today. I decided to host this study group in order to shine light on the form of mysticism known as Kabbalah, Cabala, Qabala, etc. Let us study the Kabbalah by…Continue

I have had a desire and/or inner calling to familiarize and enter into the mysteries of the Kabbalah. The issue that arises for me is that I have acknowledged how there are different belief systems…Continue

tree of life in excel 2

tree of life in excel

a Hebrew manuscript of the sixteenth century on the 22 letters

a Hebrew manuscript ofthe sixteenth century:“Hereinafter follow the powers and privileges of him who holds in hisright hand the Clavicles of Solomon, and in his left the Branch of the…Continue

You need to be a Seeker of Kabbalah to add comments!

I finished my own religion, with everyone's divinity in the heart of it - the purest purpose with all Kabbalah. Browse the tabs on http://www.heartart.se for more.

Devils Advocate has a purpose. Stimulation, awakening from torpor, awakening to your own Truths, bringing you to formulate, and organize your own thoughts /beliefs, open you to possibilities not thought of before, teaching you that each individual comes in with different perceptions of what Truth is. Realization that some   touch your Heart and some your Jupiter center. Realization that The Work is all yours to do and that any perceived “other” is your lesson and that there is so much to learn. Realization that balance and balance only will get you through.

Most of all, realization that  Devils Advocate is you. You called on S/he. There is something there that needs to be learned. When one man makes it, all do. Devils Advocate really wants you to make it. You can do it when you reconcile S/he,  for the Force for All is in the Dark side. Reconciliation is the Key .

Devils Advocates wild or wily presentations can crack your mind. Good!!! That is when a Force of Blessing  can come in through the Self-Conscious Barrier that was up before that crack!!! 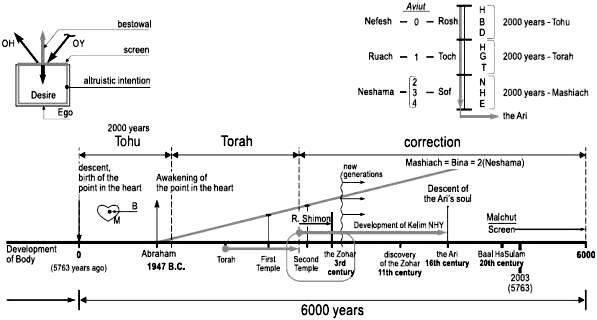 Shechinah - Wisdom, is God's Female side.

On the Tree of life 'She' resides both above and below. for 'Her' you spell 'Spirit' with a capital.

Kabbalist Comment by Graalbaum on July 6, 2013 at 11:18am
actually polarity of course has three 'genders'

Kabbalist Comment by Graalbaum on July 6, 2013 at 11:17am
Sophia is Wisdom, Sophia is generally stayed as a she

Kabbalist Comment by Graalbaum on July 6, 2013 at 11:16am
that shoulda been abrahsm not moses earlirr ...doh

Lichtkind> "so spirit is passive?"

An explanation was offered of "Gender" as a representation of duality/polarity (active/passive, etc.).  Polarity is a principle which is recognized by all Western Mystery traditions, including the structure of "Kabbalah."

The word "spirit" was not used in the explanation.  The above question, then, is attempting to introduce (and argue) an unrelated idea.  Perhaps the questioner is fixated upon a given definition, or perhaps is a little unfocused in the attempt to stimulate thought.


In regards to the origin of the conversation stream:

... this appears to be an emotive declaration of an indefinite intuitive impression.  It may be generally correct, but lacking more definition (and possibly technical details), it is not something which can be discussed or debated to any benefit.
Might have just as well said, "Quiet the egostic, rationalizing mind activity."  But, then, there's the distinction between bhakti and jnana yogas.