I am sharing this post from another site. The cridt for finding this: 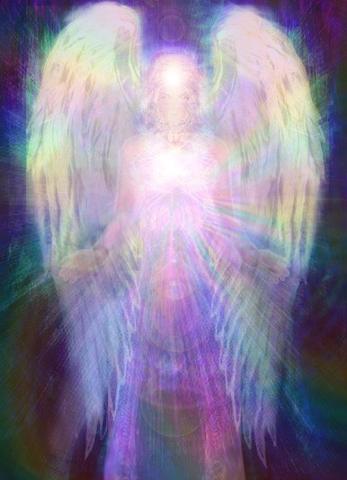 Every Human has a body, but some of the souls did not originate on Gaia, nor was it in their natural evolutionary path to do so (starseeds, angelics, volunteer souls, etc.)

We all must follow the Laws that govern the Human existence while we are on Gaia, and this is a real challenge for souls who did not originate here. When you have lived your whole existence under one set of laws, it can be confusing to realize and learn new ones.

Angelic Souls (Devas) are on a separate evolutionary path than Human Souls, and they have been on this planet since the beginning. In addition to learning the Human Laws, Angelic Souls also must balance the Angelic Laws. Here are a few differences that may assist in bridging these two worlds together, and thereby renew the Sovereignty of Angels:

• Divine Will versus Personal Will
Humans operate under Personal Will and learn to live in sync with Divine Will. Angelics operate under Divine Will and learn to live in sync with Personal Will. It’s opposite. Many angelic humans get confused in the 3D paradigm, because they want to be told what to do. They are not used to following personal will and they are happiest when serving others. This has been a real challenge on this planet, because service is often taken advantage of. Regardless, Angelics serve Source, and the more they do, the easier their lives are. It is a balance of following the heart, while unifying with Source in the human body.

• Service to Others versus Service to Self
Most Angelics have a big blank spot in regards to self and “forget” to care for themselves–It’s just not in their nature to do so. For this reason, all their needs are provided for, as long as they live in service to others. The more an angel serves, the more blessings are received. This is true, in a sense, for Humans too. When a human is serving others, they are not fixating on lack, so they create abundance. This is a different law for angels. If an angelic serves self, they find doors closing and life gets very difficult–they are not living in alignment with their Angelic Laws.

Angels are just not “allowed” to serve self. They are much too powerful to be permitted to act out of their human ego. They go through rigorous Gaia Initiations until they are naturally living in Service to Others. This does not mean angels cannot take care of themselves; it is just not their motivation. To receive, they must give.

Also, Awakened Angels are Love Amplifiers. They keep nothing for themselves, energetically, because they don’t need anything—they are complete with Source. Energy that is given to an angel amplifies back to the person who gave it. This is why legends talk about Kings having Angels in their courts and where the legends of Djinn, Faerie Godmothers, and Genie came from. They “grant wishes”, in a sense. The better care humans take of their angels, the higher the frequency of the planet, and the more abundance for All.

• Heavenly Choirs versus Personal Voice
Angels’ primary responsibility in the Higher Realms is functioning within the Heavenly Choirs. In Oneness, all the Angels sing. For this reason, most angels incarnate are drawn to music from an early age. However, finding their own voice (speaking and singing) can be challenging, since they have not developed Personal Will. Also, there are no physical vocal chords on the higher densities, so angelics find it incredibly difficult to express themselves in the physical.

Feeling unable to express themselves and feeling misunderstood are common core wounds for Angelic Souls. Before they can ascend to 5D, they must find a way to express their Personal Voice to clear the core wounds embodied in the Throat Chakra. Angelics must find their own Voice and then master a Music Craft if they are drawn to music as a life path mission.

• Oneness versus Separation
Angels come from a Realm that operates fully under the Law of One–the understanding that we are All One. Descending into 3D, they lose all memory of Source and their angelic past. Many mistakenly feel as if they have been abandoned or forgotten. This can become a deep seeded core wound. Angelics almost always have to deal with the Core Wound of “Abandonment from Source” before they can reach 5D. You are never alone. You are never separate from Source. It is an illusion. This Wisdom has to be Embodied to move forward.

• Angelic Soul versus Human Soul
Humans already have their soul fully in their body. Angelics originate in the Higher Realms and it is impossible to put their full soul into the body, as it would harm and possibly kill their human mother. For this reason, many angelics incarnate with only part of their soul physically embodied. Later in the angel’s life, there are set dates when the remaining soul pieces can be “put in” to their physical form. This occurs on Astrologically significant dates that closely mirror the birth chart. This does not happen automatically and an angel must have reached certain “checkpoints” in their human ascension for it to be possible. There are many dates that these “soul surgeries” can be done, so do not worry about missing them, but it is only possible on specific dates. If you are on your path, you will be guided through this whole process.

• Body Karma versus Soul Karma
Humans can accrue both soul karma and body karma. Angels do not accrue soul karma, since their souls are here in service to Source. However, an angelic in human form can accrue karma in their physical vessel.

If an angel accrues body karma, and does not have children, the karma dies with the body. If an angel accrues body karma and has children, then that karma is passed on to the children. This ties the angel karmaically to Gaia and they will reincarnate again in that genetic line until that karma is cleared. For this reason, many angels do not decide to have children, or they pass away young, so they will return to Source after this incarnation.

The differences between soul karma and body karma actually make it possible for angels to incarnate in human form to clear out Family Karma. They take on the physical karma, and if they clear it from their vessel, it clears from the whole genetic line. This is a primary mission of many angels.

• Judgment versus Divine Neutrality
It is not the place of one human to judge another. Humans live out of Personal Will and do not have the higher perspectives and initiations required to judge others. Humans must strive to transcend judgment and live in Divine Neutrality.

Higher Orders of Angels are in a bit of a pickle with this one. It is the responsibility of SOME of the Hierarchy of Heaven to pass Judgment. However, when an angel takes a human form, they temporarily lose this responsibility. Until the angelic human goes through a Source Initiation and has been cleared again for the responsibility of Judgment, they are to act as the human and work to transcend the ego’s natural desire to judge.

Please Note: You will KNOW if you have been through this initiation; it is undeniable. If you don’t Know, you are not there and need to work on Divine Neutrality. Initiations are life altering experiences, so if this is the first time you are hearing of it, you have not been through it and are not initiated to pass Judgment. Know that Divine Judgment is very different than human judgment. It is a responsibility, like dharma or a job. These specific angels are the Living Witness of Source. If this is part of your soul’s contract, more information will come when you go through the Source Initiation.

• Alchemical Union
It is possible for an Angelic and a Human to go through an Alchemical Marriage (which is a Source Initiation between two souls.) There are a couple of complications to note, but it has been done many times, by many beings:

1. While an Angelic is going through Union, they will operate fully under the Human Laws. The Angelic Laws must be temporarily forgotten. They can and must act in service to self and their partner until the initial phases are complete.

2. An Angelic usually has to go through a Descension in order to match up to their human partner’s frequency. This requires further separation from Source and can be extremely confusing and even physically painful for them. There is no danger. It’s all an illusion.

Alchemical Marriage between souls with different origins is fully safe and encouraged, as it further amplifies the Alchemical Process of bridging the Mundane and Exalted Realms. This is a primary mission of some angels.