Chapter II from The Secret Fire: An Alchemical Study 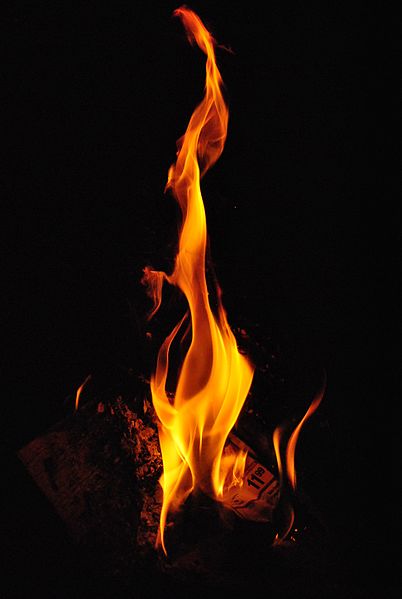 The Secret Fire of the Alchemists has been described by them as "The All in All," and, next
to the solution of the Sophic salt, it is said to be the greatest difficulty in the whole art,
Without knowledge of the Fire nothing can be attained, even if the Matter be known.
CHAPTER II
Perhaps some of
the finest expressions of the Fire Philosophy, which we have had under
consideration in the previous chapter, are to be found in the Chaldean or Zoroastrian
Oracles. These, unfortunately, exist only in a fragmentary form as quotations in the books of
vari
ous writers, principally the later Platonists, but it has been established that although such
quotations are generally vaguely introduced as sayings of the Chaldeans, the Oracles, the
Gods, etc., they existed at one time as a single poem. The date or origi
n of this is unknown,
but the philosopher Porphyry considered it to be very old. In any event it should be
remembered that the Chaldean Magi preserved their Occult wisdom by a continual Oral
Tradition from father to son, just as the Qabalah was passed on i
n Israel.
These Oracles are so full of a majestic and lofty inspiration and imagination
—
using the latter
term in its true sense of "the power of seeing images," as distinct from its usual meaning of
"speculation"
—
that we will quote many of them
in extenso,
with such comments as may be
found necessary. Those we shall use are to be found principally in the works of Porphyry,
Proclus, Psellus, Damascius, Simplicius, Julian and Synesius, while one or two are
anonymous. The principal translations of them are in
the collections of Kroll, Cory, Mead and
Westcott. We have selected the more poetical translations, with a few emendations, as being
the more suitable to the subject, and have arranged them in a rather different order to some
versions, wirh a view to getti
ng more sequence. They will repay careful study, as they are a
fruitful source of inspiration, and, like so many mystical writings, contain more meanings than
words.
"There is above the Celestial Fire an Incorruptible Flame, always sparkling; the Spring o
f
Life, the Fountain of all Being, the Original of all things! This Flame produceth all things, and
nothing perisheth but what It consumeth. It maketh Itself known by Itself. This Fire cannot be
contained in any place; It is without body and without matter
. It encompasseth the Heavens.
And there goeth
forth from It a little Spark, which maketh all the Fire of the Sun, of the Moon and of the Stars.
Strive not to know more of Him, for that is beyond thy capacity, how wise soever thou art.
"There is in God an
Immense Profundity of Flame! Nevertheless the Heart should not fear to
touch this adorable Fire, or to be touched by it; it will never be consumed by this so sweet
Fire; whose mild and tranquil Heat maketh the Binding and Harmony and the Duration of the
Wo
rld. Nothing subsisteth but by this Fire, which is God Himself. No Person begat Him. He is
without Mother. He knoweth all things and can be taught nothing. He is Infallible in His
designs and His Name is unspeakable."
Qabalistically speaking, this is Macro
prosopus, the Vast Countenance, which is Kether, the
Crown or First Sephira, the first manifestation of the Ain Soph Aur or the Limitless Light. He is
the whole world of Atziluth, or pure Deity, which is above the Heaven World or Throne
—
which is called Bri
ah and comprises the next two Sephiroth
—
the habitat of that Sacred Flame
which is Ruach Elohim.
From this Supreme and Unimaginable Source streams forth all Mercy and Benignity, so that
when Microprosopus, the Lesser Countenance, looks upwards to Macroproso
pus, the Vast
Countenance, the Influx passes over, and those below are mitigated. He is spoken of as Hoa,