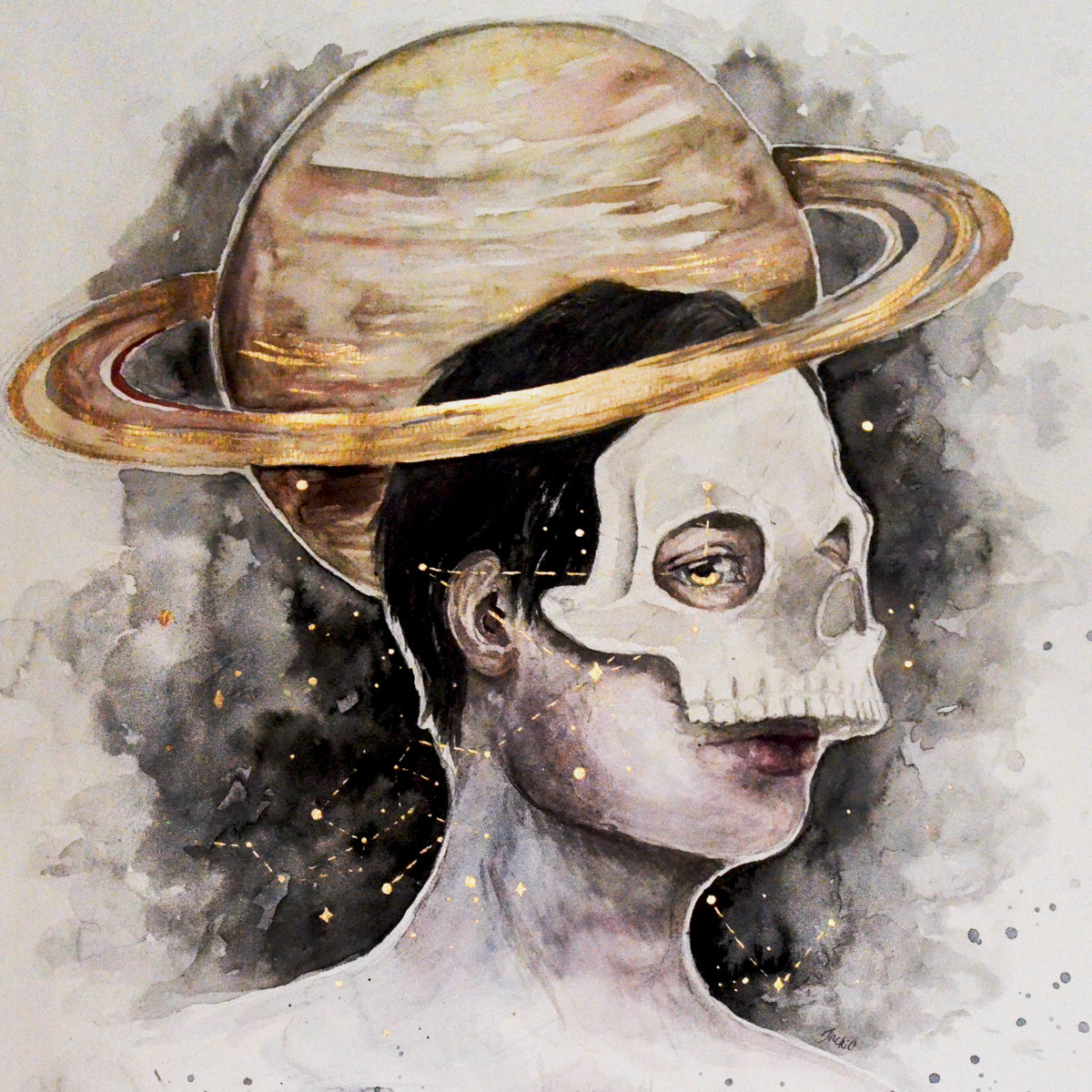 Although the writings of medieval astrologers show little appreciation of the advantages conferred by the influence of Saturn, when prominent in a birthchart, it is probable that those of more ancient times were well aware of them. Yet because the principle he rules in human life and the influence of his vibrations always find their foundation in self-interest, and self-interest more than any other one principle is the source of human misery, when they sought to portray the relation of this Saturn power to life on earth their symbolical pictographs represented the adverse side.

To indicate the more commonly observed motives of Saturn they employed as the central figure Typhon, the spirit of cruel Greed. This horrible monster, borrowed from the Egyptians, is a familiar character of Greek mythology, frightening Venus and her son Cupid so that they jumped into the River Euphrates to escape him and transformed themselves into the two fishes of Pisces, which can be seen as a constellation in the sky. In the language of universal symbolism this legend explains that, when the self-interest of Saturn is present, Love, represented by Venus and Cupid, must depart. It also reveals Pisces as the sign of exaltation of fair Venus.

Saturn, in the pursuit of its object, not only is motivated by self-interest, but unlike Mars, for instance, it works in darkness and through cunning, rather than facing the full light of day. The use of mental powers is typical of all methods to secretly acquire an unfair advantage over others. And when the power of thought is sent against another to destroy or to compel them to do things against their own interests, it is called Black Magic. The one using such iniquitous methods is termed a Black Magician. Thus the ancients, in portraying their teachings relative to the influence of the planet Saturn, not only employed the picture of evil Typhon but presented him in the role of the Black Magician.

Major Arcanum 15 of the tarot, here illustrated, shows Typhon standing triumphantly over the ruins of a temple.  Greed for power, the greed of the few within the nation to dominate and control its resources, the greed of military nations to gain for themselves, even at the cost of destroying civilization, control of world commerce and world resources. The ruins of the temple, as pictured on The Black Magician tarot card, now can be seen in actuality in many countries.

Why is it that the medieval authors were so stout in their affirmation that Saturn afflicted in the house of honor (tenth) brought a rise followed by certain downfall? Not because such a position created the inevitability of such precipitation from fame for some few with this position are able to curb its unbounded greed for more and more power. If one keeps reaching for more and more, always there is a grasping for that which is beyond the reach and then the customary fall.

The ancient Masters were at some pains to explain its influence when not curbed thus: Typhon, the emblem of greed, is pictured holding in his right hand a scepter surmounted by a circle resting between two divergent bars. These spreading bars signify the inversive forces that hem and hamper the influence of the spirit, represented by the circle. It is the emblem of that hatred and division which has led in many lands to the persecution of those of different race or of different religious views.

In the other hand this creature of Arcanum 15 is pictured as holding the torch of destruction, whose blaze has been applied to the ruins of the temple, even as today the homes of hundreds of thousands have been destroyed. He is crowned with flame to represent that he is influenced from the invisible world, and he has the wings of a bat to indicate that because of such influence he is a denizen of the realm of darkness. The horn on his nose signifies stubborn rebellion.

The breasts of a woman and the organs of a man indicate him to be hermaphrodite, which because devoid of love is the emblem of self-centeredness.

The body is that of a hog, especially to denote greed. The feet are those of a goat, to indicate the sign Capricorn, the home sign of Saturn, or Satan; and the sign most devoted to material ambitions. And the beings chained at the feet of this monster of chaos also have goats’ heads, indicating that their intelligence has been used exclusively to further material and selfish ambitions.

This malignant picture of an afflicted Saturn’s influence has the head of a crocodile, symbol of cruelty. The snake emerging from his body, instead of from his brow, indicates the use of creative energy, not for high mental purposes, but for the gratification of purely physical ambitions. It also, through its negative implications, represents mediumship, rather than conscious control; for the chief center of power in disintegrative mediumship is the solar plexus.

The two men with goat heads chained by the neck at the monster’s feet represent the certain fate that awaits all who use magical power to attain selfish or purely material ends. Sooner or later they become the slaves of the very forces that they have used and are finally completely destroyed in body and mind; and even after passing to the next life these black magicians are chained by their evil deeds in the underworld.

All such evil entities, of this plane and the next, survive by preying on the ignorance and credulity of others, as shown by the sign of sorcery they make with their hands. They are the criminals of both planes; and the picture as a whole indicates the bondage and the fate of those who follow the inversive path and become dominated by the spirit of selfishness.

Arcanum 15 certainly explains the extreme influence of an afflicted Saturn; but when we consider that there are millions of people in these United States who are able to work and who want to work, yet are unable to because of the ravages of covid 19; and when still further we observe the chaotic despoliation in progress in other parts of the world, and recognize that these are expressions of an afflicted Saturn, we cannot believe this portrait handed down to us by the ancients is much overdrawn.

Thanks Peter for the added info. Hope you are doing well.

The Planet Saturn houses the most advanced of all the Planetary Masters. The Saturnian Ones are truly extraordinary to our limitations. They form what amounts to the equivalent of an Interplanetary Parliament. It is said that they are large Ovoid Light Beings inside Saturn millions of years older and wiser than the Masters known of Venus and Mars. The can extend their consciousness in1860 ways in any form, anywhere in the galaxy.

Worthy of comment regards an attitude to Saturn, still seen in some ancient schools of ceremonial magic.

Details are in the book, "The Nine Freedoms" describing the path of an individual though the planets, dictated through George King by Mars Sector Six, who is a Lord of Karma.